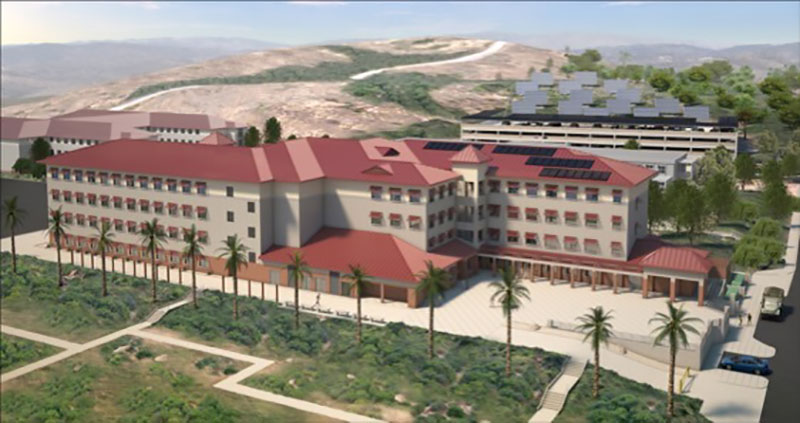 This contract provided for the design and construction of a four-story open floor plan dormitory-style facility which served two separate companies simultaneously. After researching many options and working through various design charrettes it was determined a two-wing, four-story building created exceptional function while maximizing the desired daylighting and views for the open bay sleeping areas as well as opening the site for improved layout and utility. The wings were designed to separate the building for the two resident companies.

Also provided within the scope of this project was a multi-level parking structure to accommodate the parking needs of the facility. Provided with two entries it was designed with two-way traffic lanes. The design eliminated long access ramps and dead-end parking aisles for improved circulation. The parking structure also includes structural carport shade canopies covered with photovoltaic panels over every top level parking space for architectural appeal, shading, and reduced heat island effect. Additionally, on the hillside immediately behind the parking structure terraces were carved into the topography to accommodate twenty (20) fully operational sun-tracking PV arrays to generate additional power which contributed to both the dormitories and parking garages energy consumption.

Additional energy-saving systems incorporated into the facilities design included the use of a Geothermal Ground Source Vertical Loop System, a domestic solar hot water system sized to supplement 30% of the facilities peak demand as well as underground storm water chambers necessary for displaced runoff. These sustainable features in addition to the upgraded Solarban 60 Low-E glazing and various environmentally-friendly interior finished all contributed to a USGBC LEED Platinum certification. 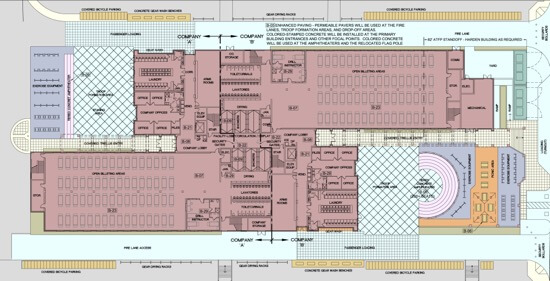