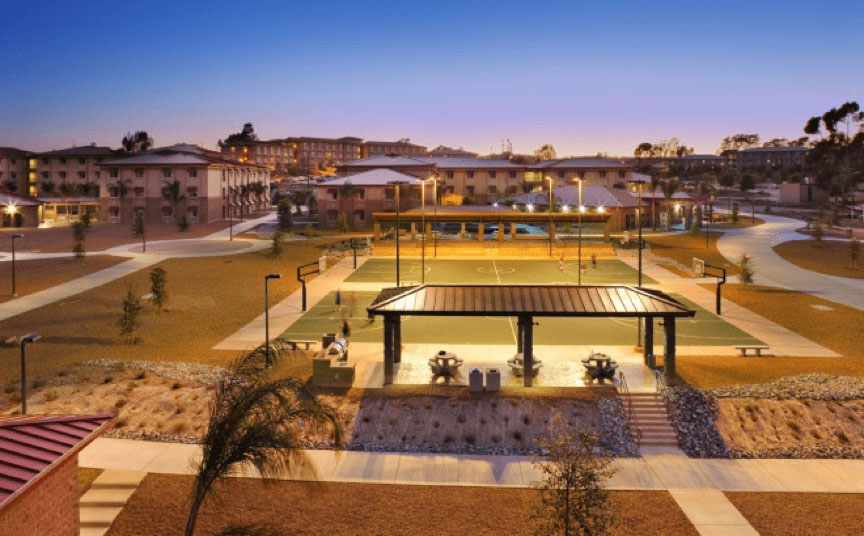 The first of Harper Constructions multi-award contracts the challenge presented was the complete development of three separate sites, each with their own constrains and challenges. P- 097, featured here to the left, was situated between a main vehicular thoroughfare to the north and protected wetlands to the south and west. Creative massing of the structure as well as maximizing available land allowed for a facility which met the programmatic requirements of the contract while respecting its surroundings. Notable features of the facility were an extensive PV system supplementing the buildings energy uses as well as underground retention basins and permeable pavement which were necessary for the displacement of storm water.

Three of the remaining four structures were located on a masterplanned campus situated around a grand recreational area consisting of basketball, tennis and volleyball courts as well as putting greens and numerous bbq pavilions. Similar low-impact development techniques were utilized on this campus such as three independent PV systems as well as underground retention basins and permeable pavement. Located in the middle of an already highly developed area the main challenge with this site was properly integrating it within its surroundings. Successfully doing so, this project was used as the benchmark for future multi-contract awards of its kind.

Providing over 1,000 double occupancy rooms which accommodate nearly 2,000 residents these university-style dormitories were designed and constructed to offer much needed housing for the influx of new marines. Additional programmatic requirements which were satisfied consisted of centrally-located activity areas which provided areas for leisure and entertainment as well as basic services such as computer labs, commercial laundry mats and full kitchens. An additional challenge of this project was ensuring all buildings were properly coordinated to accept the comprehensive furniture package which was provided via a planned contract modification. 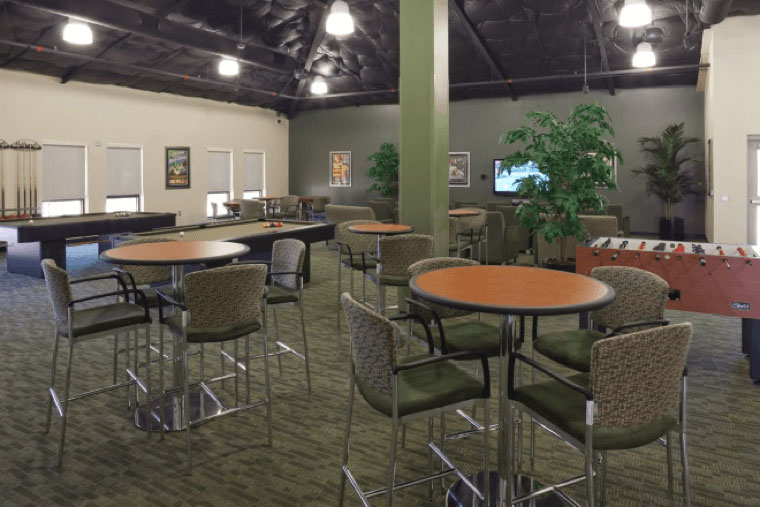