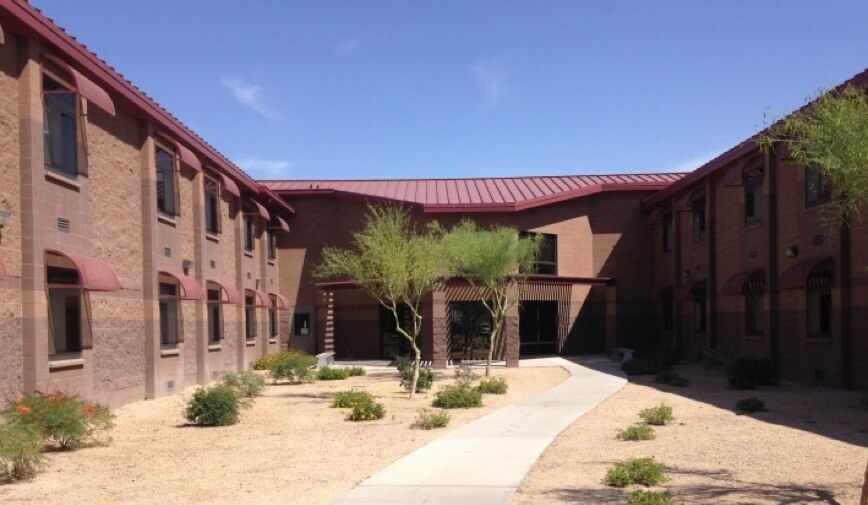 This facility was designed to house up to 300 personnel in 150 rooms with semi-private bathrooms. Equivalent to a university style dormitory the conceptual floor plan accepted at the time of contract award was finalized during design the charrette process which focused on user and owner interviews. Rooms were designed to the “2X0” (2-person room) configuration which helped determine the overall building mass and configuration. The facilities design is centralized around a core area with space for recreation as well as service areas consisting of laundry facilities, a main reception area as well as public restrooms and a kitchenette. Accommodating the outdoor recreation areas which consist of grills, basketball courts and other activities the kitchen area is easily accessible from the interior of the facility.

With an overall building footprint in an “H” configuration the two stories of the facility are interconnected via the central core area which is provided with a suspended pedestrian bridge overlooking the space below.

Located in the southwestern desert environment exterior conditions were of great importance. The use of entry vestibules, high performance glazing, solar screening, window awning, trellises, and redundant heating/cooling systems helped to ensure the building was provided with comfortable relief from the extreme ambient temperatures. The covered entries and shade structures had the added benefit of creating gathering points as well as well-defined entry points. The outdoor space was varied to create a series of active and passive areas for both intimate courtyard activities as well as full-size recreational courts.

Located immediately adjacent to the building were basketball and volleyball courts, horseshoe pits as well as covered picnic areas with built-in BBQ islands/grills. 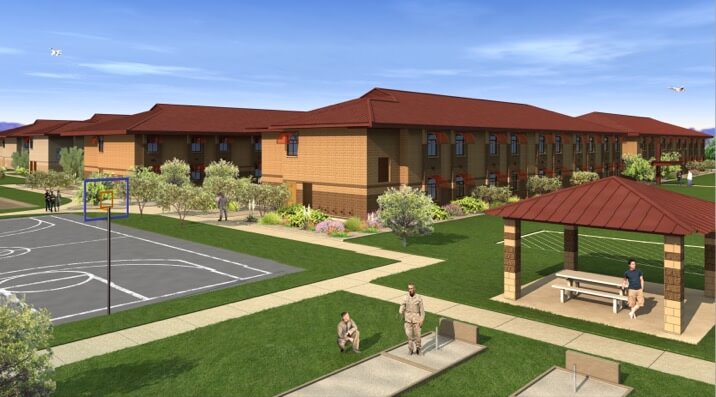